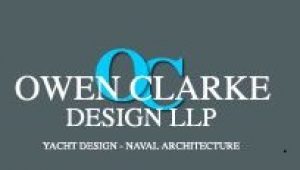 Owen Clarke Design was founded over twenty years ago and is recognised as being at the leading edge of performance sailboat design. We are particularly known for our earth circling IMOCA Open 60’s such as Ellen MacArthur’s Kingfisher, and as pioneers in the field of canting, lifting, and lifting/canting keel racing and cruising boats. As naval architects our portfolio is however as diverse as our experience, everything from the design of a 75’ sail training yacht to staff who’ve raced around the world and cruised north of the Arctic Circle.

We provide a full range of naval architecture, yacht design, engineering, project and consultancy services for both new commissions and the refit of large sailing yachts. Owners, project managers shipyards, legal and professional bodies are supported locally by offices in the UK, New Zealand and through our associates in the United States.

Our own designs have been styled by Allen Clarke, who having completed three years studying yacht design at the world famous Southampton Institute worked for the largest interior design company in the West of England before forming Owen Clarke Design with Merfyn Owen in 1991. Allen designed OCD’s first large cruising yacht, Spirit of Adventure, a 65’ performance blue water cruiser built by Marten Yachts, New Zealand.

Merfyn Owen is a graduate of University College London and a Fellow of the Royal Institution of Naval Architects. He is OCD’s senior naval architect and to date his responsibilities have been mainly focused on the office’s race boat designs, including running the research and development programs associated with grand prix projects. In 2009 he was the lead designer of Owen Clarke’s first superyacht, a 45m schooner, which is an on-going project, the details of which remain confidential as they are subject to contract.

Clay Oliver, co-designer of OCD’s last three Open 60’s is an American naval architect based in Annapolis who also brings to the group his experience gained at the Farr office and subsequently principal designer for Team New Zealand. He is co-designer of Mari Cha 4, and the 100’ maxis Genuine Risk and the winner of the 2011 Sydney-Hobart, Loyal (ex Maximus). The fourth designer and lynch-pin of the superyacht team is Tim Sadler who runs the office in New Zealand. Before he joined Owen Clarke in 2001 he spent the previous decade working at Marten Yachts and Sensation Yachts, where he was the design and project engineer on new builds including the 147’ ketch, Mari Cha 3.

The independent consultancy services offered are defined in three groups; project consultancy, naval architecture and design/engineering. Work is carried out by OCD’s experienced design/engineering staff and/or by our design associates with oversight by ourselves. Undertaken independently or as part of the client’s team, from our offices in the UK, New Zealand and through our associates in the United States. No task is considered to be too large or too small and we work with: