Hosted by the International Superyacht Society (ISS), these awards recognise individual companies for their expertise, leadership and dedication to raising the bar when it comes to the design and build of large yachts. Based entirely on peer-reviewed nominations from the yacht industry’s leading builders and designers these are highly acclaimed awards.

Winners are announced at the ISS’s annual Award Gala, an event which has grown accustomed to British excellence over previous years. This year it was held at the Broward Centre for the Performing Arts and received over 300 of the industry’s leading figures.

But the biggest celebrator of the night was RWD who saw its design contributions on two yachts receive recognition. The the tri-deck motor yacht, KISS, won the ‘Best Power 24m-40m’ category and the Elfje won both the ‘Best Sail 50m-plus’ category and the ‘Best Interior’ across all categories. 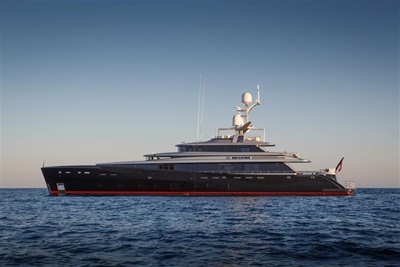 Is the UK still struggling to find young skilled workers?

Superyacht UK members are invited to submit their company news and images by email to Superyacht UK’s editor.

Please sign-up here to receive our bi-monthly email mailing, which contains a summary of latest Superyacht UK and member news.

Note your data will only be used to send you the Superyacht UK Bulletin and associated newsletters. It will not be supplied to third parties or used to market third party services. You can unsubscribe at any time.